Venture into antiquity with a visit to some of Cyprus’ most renowned ancient sites.

Our first stop will be the Kingdom of Kourion, which is placed on one of the most spectacular sites in the island, with extensive archaeological ruins including well-preserved mosaics. Its Greco-Roman theatre, built in the second century BC, is famous for its vistas of the Mediterranean Sea. Fully restored, the theatre is today used for musical and theatrical performances. The kingdom is also renowned for its preserved mosaic floors in the House of Eustolios, the House of Achilles and the House of the Gladiators. 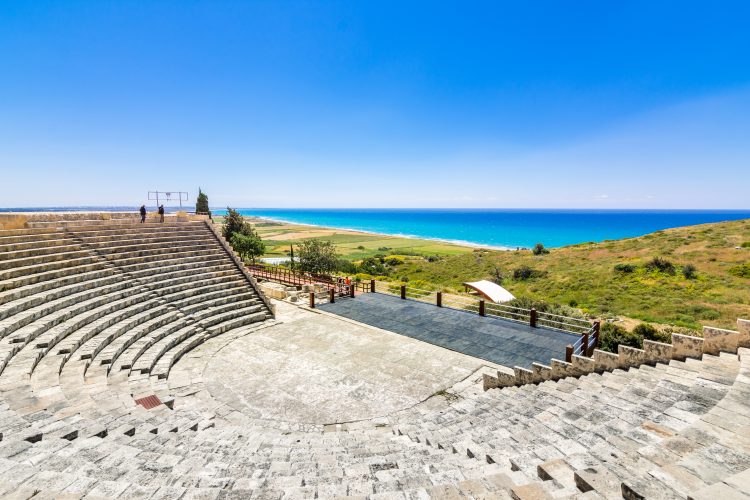 The Sanctuary of Apollo Hylates is charmingly situated amongst woodlands just in the outskirts of Kourion. 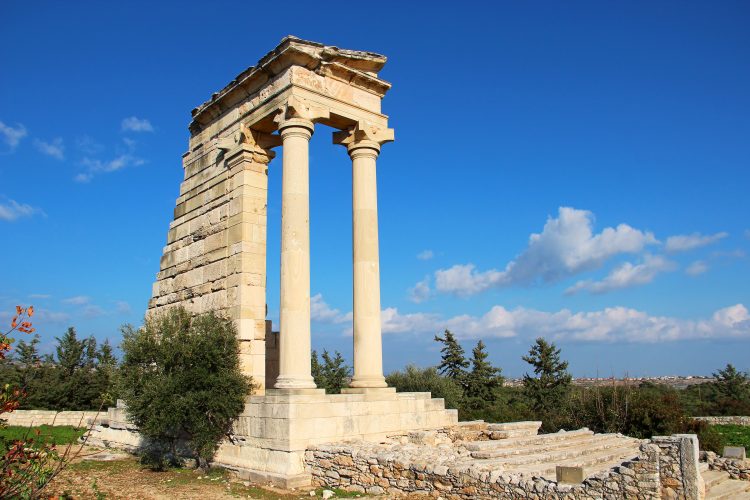 The city is home to Mosaics of the Roman period, dating from around the 3rd century AD. These are situated in four main houses: the House of Aion, House of Dionysos, House of Orpheus and House of Theseus. They include many attention-grabbing geometrical decorations and draw inspiration from Greek mythological scenes. 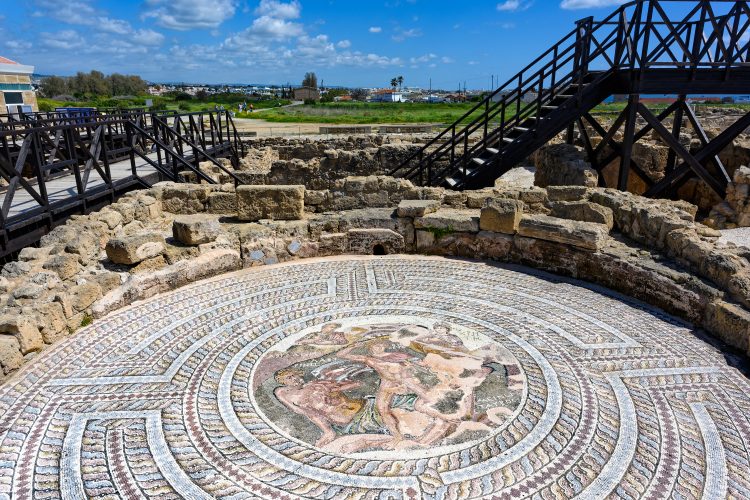 On our way to Limassol we can visit Petra tou Romiou. Petra tou Romiou or Aphrodite’s Rock as it is known is the legendary birthplace of the goddess Aphrodite-Cypria. A spectacular beach with awe-inspiring views, this beautiful stretch of pebble coast is where the Greek goddess of love rose from wave and foam. Guests can have a short break to admire the magnificent view and take some memorable photos. 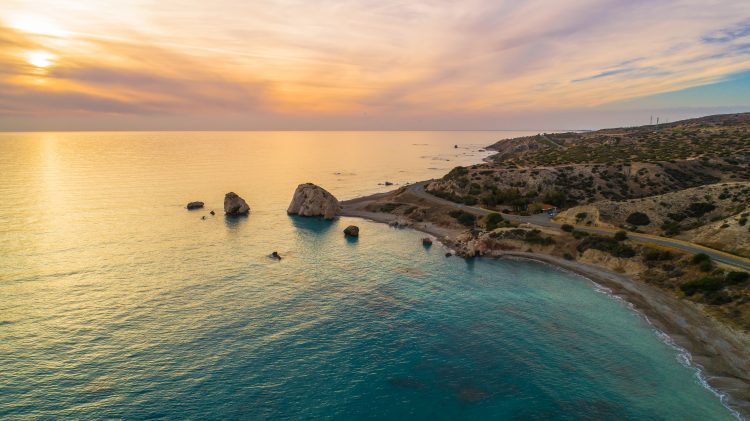 The Tombs of the Kings

The Tombs of the Kings, is an early Hellenistic monument dating from the 4th century BC. They are burial caves carved into the bedrock of the hill and decorated with Doric columns and capitals. 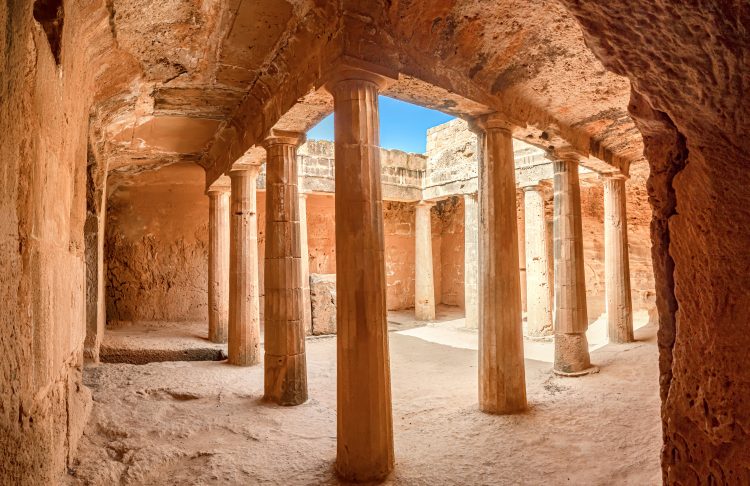 Enjoy the cosmopolitan atmosphere of the capital of Cyprus with a visit to the prominent Archaeological museum with its fascinating collection of Cypriot antiquities and treasures from the Neolithic age to the Early Byzantine period. 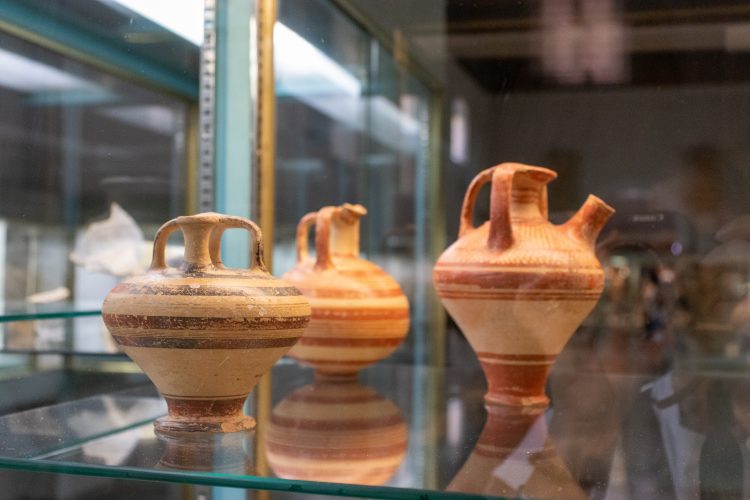 On our way to Larnaca our guests can visit Choirokitia, the oldest Neolithic settlement in Cyprus. The site is one of the best preserved prehistoric sites of the eastern Mediterranean. 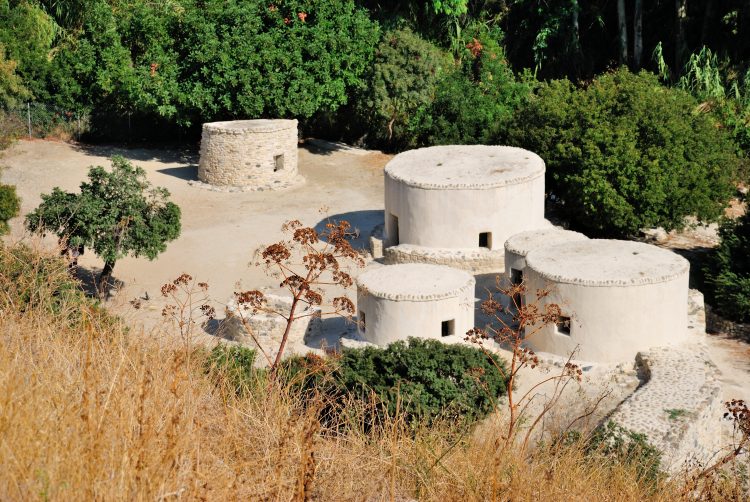