Cyprus at a glance

Since the beginning of time, people have chosen Cyprus as a meeting place due to its location at the crossroads of Europe Asia and Africa. Our ancestors used our amphitheatres and castles to welcome their guests and forge alliances. Millennia later, the island remains an ideal place to meet, talk, exchange ideas and above all have fun!

Cyprus is the third largest island in the Mediterranean, with spectacular scenery and an enviable climate. An island of beauty and a country of contrasts with its cool, pine-clad mountains forming a complete scene-change compared to the golden sun-kissed beaches. Its tranquil timeless villages are also in striking contrast to the modern cosmopolitan towns, luxurious beachside hotels and large areas of natural unspoiled countryside. Cyprus may be a small country, but it is a large island with a big heart; an island that gives its visitors a genuine welcome and treats them as friends.

Strategically located, Cyprus is a natural meeting place. It has two International Airports in Larnaca and Paphos that are served by all major international airlines, with worldwide connections.

An island drenched in sun and mythology at the crossroads of ancient civilizations, had numerous visitors through the years, all of whom left their mark. Some built temples to their Gods, others castles to their Kings, while the Crusaders used Cyprus as a staging post and the pirates for a plunder. Storytellers refer to the magnificent royal weddings and incomparable works of art created by its artists. Those who visited Cyprus were enchanted by its splendour since the island’s beauty is the legacy of Aphrodite, Goddess of beauty and love.

Aphrodite, one of the most ancient goddesses in the Olympian Pantheon, emerged from the gentle jade-coloured sea foam at Petra tou Romiou, a boulder that juts up from the south coast of Cyprus as majestically today as it did then. The island counts more than 11,000 years of history, yet remains eternally young. 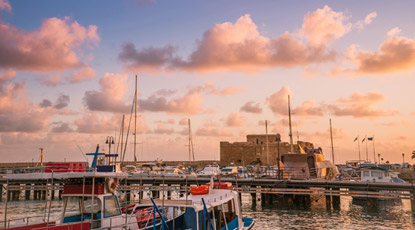 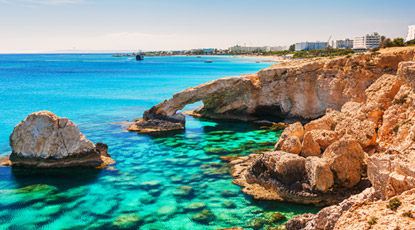 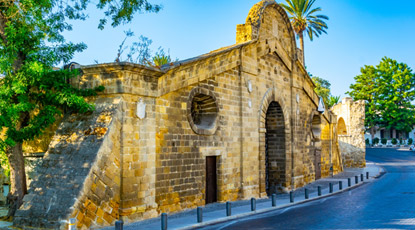 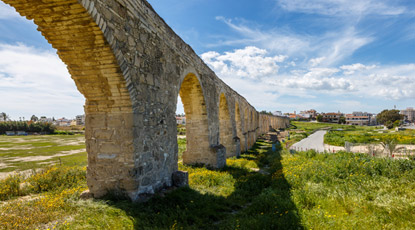 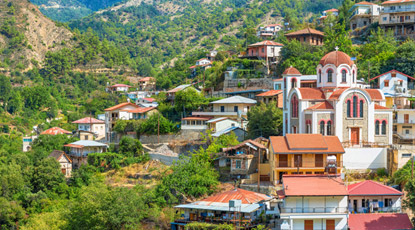